The Swedish Society of Organbuilding was founded in 1986.

At that time, Swedish organ building was mired in a period of decline. Economic concerns and the heavy hand of a cumbersome central bureaucracy had stifled and even suppressed creativity and craftsmanship. In addition, the concept of the neo-baroque organ had entered a period of artistic stagnation and suffered from the effects of industrial production.

For members of the FSO, it became crucial to reinvigorate the organ branch by seeking their roots prior to the 20th century and to reconsider thoroughly a heritage only superficially dealt with during the Organ Reform Movement. 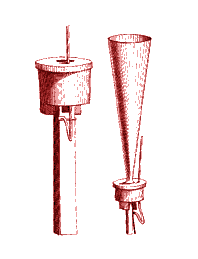 The objectives of the Society are

stimulation of the art of Swedish organ building based on classical tradition and practised according to principles of finest craftsmanship;

encouragement of an understanding of the earlier Swedish art of organ building and active promotion of the preservation of its outstanding examples;

upholding of a view of the organ as a musical instrument in which function and aesthetics, combining as quality and artistry, can produce a consummate result;

encouragement of professional training and skill within the various branches of organ-building;

providing members with both a source of information and a means of professional deliberation in matters of common interest.